Oceans, seas and lakes now and then present us with unusual surprises. Not only a branch or algae can be thrown ashore, but also an incredibly creepy hairy monster, frightening and rare Siamese twins, or something similar to a dinosaur. In this fascinating issue, I will show you these and other most strange, unusual and scary creatures washed ashore! They are worth seeing! In this issue, all the best, incredible, amazing, unusual, interesting and informative facts in the world about strange creatures that you did not know about. From incredibly rare Siamese twins to unusual dinosaur-like monsters. It’s Wild is with you, and an interesting and fascinating top compilation of the strangest creatures washed ashore.
THE MARINE MONSTER
Folly Beach in South Carolina was the site of an alarming discovery in 2012, when a bony-plated fish exceeding 10 feet in length was spotted on shore. The South Carolina Aquarium put speculation to rest by declaring it a sturgeon, a large bony fish with relatives dating back 350 million years—and which has been known to grow to be 500 pounds or more. Their eggs are often used for caviar, though presumably no one raided this one for a gourmet snack.

THE NEW ZEALAND SEA MONSTER
Roughly 30 feet long, with pointed teeth and a gaping maw, this creature found on New Zealand’s Bay of Plenty looked quite a bit like the logo from Jurassic Park. It was so battered that speculation ran from an alligator to a moray eel. Marine biologist Anton van Helden went on record saying it was likely a killer whale due to its distinctive tail: Orcas can be found in New Zealand.

HAIRY SEA MONSTER
Residents of the Oriental Mindoro province of the Philippines were baffled by the appearance of a huge
hairy beast in May 2018. Before experts were able to examine and identify the body, onlookers named the
20-foot (6 m) carcass “the globster.” As is to be expected of a gigantic rotting sea creature, the smell was
pretty staggering. Scientists later explained that the blobby body was probably the remains of a whale, and
that the hair-like strands covering it were most likely decomposing muscle fibers 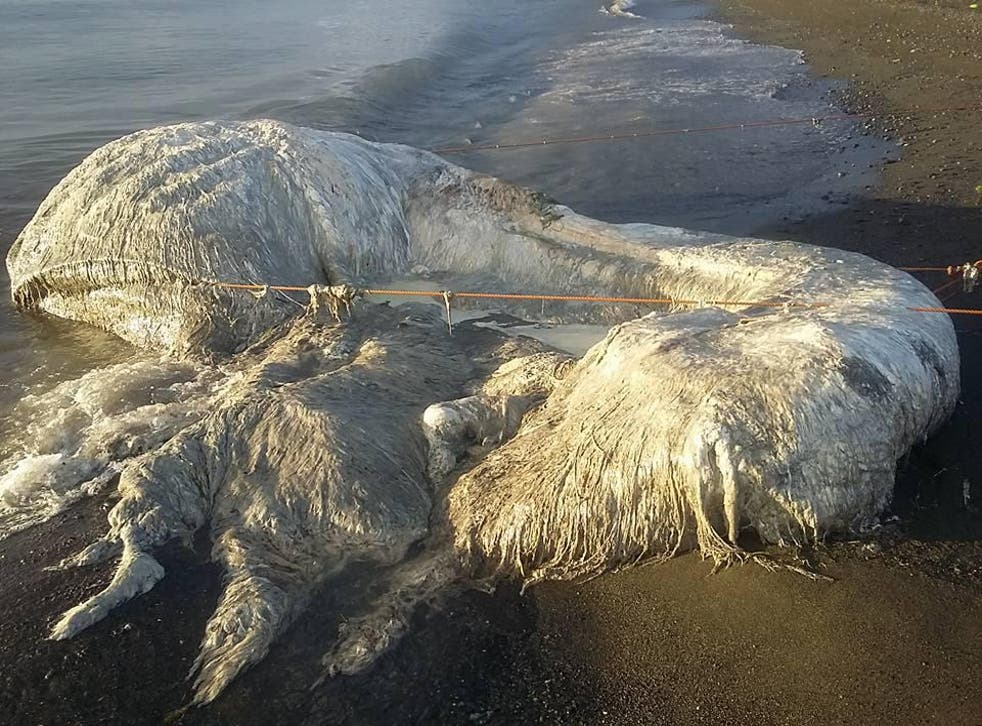 THE DEMON DOLPHIN OF SAKHALIN
Ravaged either by the sea or by some kind of enemy—or both—the rotting corpse of a mystery creature washed up on Sakhalin, an island in Russia, in 2015. Its elongated beak led to early suspicions it was a dolphin, but observers were quick to point out that dolphins don’t have fur. That could’ve been some kind of skin deterioration, but eyewitnesses also claimed to have seen what looked like paws on the specimen. The best bet was that it was a bottlenose whale calf. Before a definitive conclusion was reached, the body washed back out to sea.

In the video below, you can see Scary Strange Creatures Washed Ashore
Thank you for visiting our website! We hope you found something that sparked interest on our website.